DELVING INTO THE HISTORICAL MYSTERY- PART XVII- An Etymological study

English is an ever-evolving language and as Jonathan Culver said, ” it is a work in progress.” In the last hundred years,  many Yiddish words have made their way into the English language.

Math teacher: If I have three bottles in one hand and two in the other hand, what do I have?
Student: A drinking problem

The student displayed a fine sense of Chutzpah! 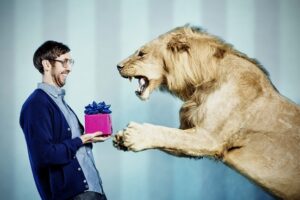 Chutzpah is one of the most well-known English words of Yiddish origin and the first one to be borrowed.  Its first known occurrence in English dates back to 1867. Chutzpah comes from the Yiddish khutspe, which is itself descended from the Hebrew ḥuṣpāh. Some speakers of Yiddish feel that this word has been diluted in English use, and no longer properly conveys the monumental nature of the gall that is implied.  Some other synonyms for Chutzpah are insolence, cheek, gall, the audacity.   But no other word can have the zing of Chutzpah. So, use away in your vocabulary but not through action.

Glitch is a word that was most likely taken from the Yiddish glitsh.‘  It meant a  ‘slippery place. The first known print use of the word is from 1940, when it was reported as being used in the slang of radio announcers, when they referred it to shocking mispronunciation.   By the 1950s, the term had migrated to television, where engineers used glitch to refer to technical problems.

Well, in 2020, it was widely used during the online classrooms when children as young as five started using them to say, ” Ma’am, network issue” and got away with online classes or kept their video and mic off!

The story of klutz is a classic immigrant’s tale. This word having two rare letters as the beginning and the ending of the word has managed to make itself a widely accepted and useful member of our language. There does not appear to be any written evidence of klutz in English prior to 1959, when Carl Reiner explained the meaning of the word to the Los Angeles Times. It comes from the Yiddish word klots, which means ‘wooden beam.’  Klutz is the Americanized version of the Yiddish klots, which means “block or lump,” and also “clumsy person or blockhead.” A related word in German is klotz, “boor, clod, or wooden block.”

Of course, in Tamil, one of the world’s oldest languages, we do use Maramandai, which technically means the same and is all the more colorful! 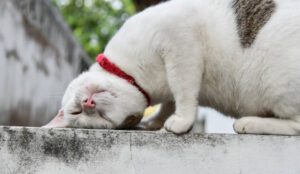