Delving into Etymological Mystery- VIII- The world of Wordle

The game of wordle has taken the world by storm.  It is said that  Josh Wardle, a software engineer in Brooklyn, knew his partner loved word games, so he created a guessing game for just the two of them. As a play on his last name, he named it  Wordle.  It has been taken over by The New York Times and the off-shoot of the game has been Quordle, Wordle 2, Byrdle among others.

Wordle is a piece of text which has been rearranged into a visual pattern of words according to an article  first published in 23rd April 2009 by Kerry Maxwell, author of Brave New Words, 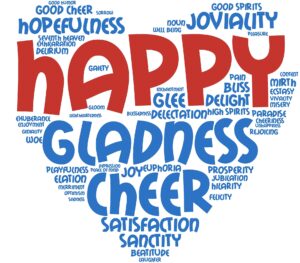 He says that in an era which has given us a makeover for our faces and homes, encouraged us to pimp our vehicles and Facebook profiles, or bling up our clothes, it seems that even plain old text is being given the once-over. “Out with monotone and horizontal, and in with colour and quirky – enter the wordle,” he says in his article.

A wordle is a visual depiction of the words contained in a piece of text. Generated by a web-based tool by the same name,   a wordle is created by manipulating the words of an input text and arranging them into a kind of graphic. The more frequent a particular word was within the source text, the bigger it’s displayed in the wordle. Font and colour variation, as well as adding visual appeal, may also give weight to particular words, which are positioned vertically as well as horizontally. Wordles, also sometimes referred to as word clouds or text clouds, are popularly used to visualize the topical content of political speeches.

In the educational domain, teachers have been quick to pick up on the pedagogic value of wordles, which are particularly useful in language teaching as a text analysis tool. They can also be used to elicit speaking and creative writing.

This wordle tool is the brainchild of Jonathan Feinberg, a senior software engineer at IBM. The tool’s popularity and usefulness has led to his being nominated for a ‘Webby’ (an international award given to people involved in web design and web-based media).

The author offers unsubstantiated theory that the term wordle might have come by blending word and doodle (a random pattern or picture drawn when thinking about other things). However the orthographic form wordle is  listed in Webster’s Revised Unabridged Dictionary  as early as 1913 to describe a pivoted component of a die (device for cutting or moulding metal).