Etymology is the study of word origins. It is an interesting discipline that brings to you some incredible facts about where and how the word/ words came into being.

One of the top goals of the New Year would have been to improve one’s earning capacity. Or rather hope that you would get your complete salary without the usual cuts. 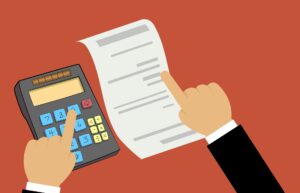 But then who would have thought that Salary had its origin from Salt.  In ancient Rome, it specifically meant the amount of money allotted to a Roman soldier to buy salt, which was an expensive but essential commodity.

Salary comes from the Latin word salarium,  and has the root sal, or “salt.” As civilization spread, salt became one of the world’s principal trading commodities as it was needed to supplement one’s diet. Salt routes crisscrossed the globe. Ships bearing salt from Egypt to Greece traversed the Mediterranean and the Aegean. Venice’s glittering wealth was attributable not so much to exotic spices as to commonplace salt, which Venetians exchanged in Constantinople for the spices of Asia. In 1295,  Marco Polo delighted the Doge with tales of the prodigious value of salt coins bearing the seal of the great Khan. Slabs of rock salt, called ‘amôlés were also used as money or fair trade.

Not only did salt serve to flavor and preserve food, but it also made a good antiseptic, which is why the Roman word for these salubrious crystals (sal) is a first cousin to Salus, the goddess of health.  A soldier’s pay—consisting in part of salt—came to be known as solarium Argentum, from which we derive the word salary. A soldier’s salary was cut if he “was not worth his salt,” a phrase that came into being because the Greeks and Romans often bought slaves with salt. Reminiscent to ” Sardar Maine aapka namak khaya hai!” isn’t it?

We move on from Salt/ Salary to soup.

The word Mulligatawny soup comes from the Tamil language.  It is a Srilankan/ Tamil concoction of pepper and water.  This soup later became truly Anglo-Indian with variations brought into its creation. This dish is particularly good when we want to scare covid or flu away! My family is a great advocate for pepper rasam to all that ails our body and mind.

By the mid-1800s, Wyvern, the pen-name of Arthur Robert Kenney-Herbert (1840–1916), wrote in his popular “Culinary Jottings” that “really well-made mulligatawny is … a thing of the past.” He also noted that this simple recipe prepared by poorer natives of Madras was made by pounding:

a dessert-spoonful of tamarind, six red chillies, six cloves of garlic, a tea-spoonful of mustard seed, a salt-spoonful of fenugreek seed, twelve black peppercorns, a tea-spoonful of salt, and six leaves of karay-pauk. When worked to a paste, he adds a pint of water, and boils the mixture for a quarter of an hour. While this is going on, he cuts up two small onions, puts them into a chatty, and fries them in dessert-spoonful of ghee till they begin to turn brown, when he strains the pepper-water into the chatty, and cooks the mixture for five minutes, after which it is ready. The pepper-water is, of course, eaten with a large quantity of boiled rice, and is a meal in itself. The English, taking their ideas from this simple composition, added other condiments, with chicken, mutton, &c., thickened the liquid with flour and butter, and by degrees succeeded in concocting a soupe grasse of a decidedly acceptable kind.

But then, Mullaigatawny soup is here to stay with or without its embellishment.

Enjoyed your story from salary to salt to soup.