Etymology is the study of the origin of words. Taking the weekly column forward we delve into the etymology of the following two words: Serendipity and Quarantine

February is a month of love. The dictionary meaning is chance, fluke, luck.  When it comes to love, serendipity is finding something beautiful without looking for it. A chance encounter with that certain someone is all that it takes to turn your life upside down.  There is a beautiful movie called, Serendipity on Netflix and do watch it on February 14th! But who first coined the word Serendipity. 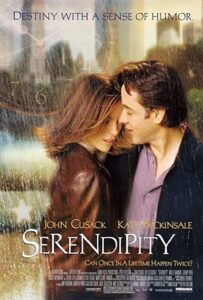 Horace Walpole, author of the first Gothic novel, coined the word “serendipity” in the 18th century. It means the “faculty of making happy and unexpected discoveries by accident.” He coined the word in a letter of 1754, when recounting the “silly fairy tale” (“fairy tale” is another term he is credited with inventing) of “The Three Princes of Serendip” (Serendip being a former name for Sri Lanka).

So, let us have happy and unexpected discoveries in our lives.

Moving from a happy word to not so happy, yet essential word- Quarantine.  A baby born in 2020 and 2021  had to necessarily learn quarantine as one of its first few words.

The word “quarantine” has its origins in the devastating plague, the so-called Black Death. This plague swept across Europe in the 14th century and it wiped out around 30% of Europe’s population. It comes from the Italian words “quaranta giorni”, or “forty days.”   To halt the spread of the plague, ships were put into isolation on nearby islands for a forty-day period before those on board were allowed ashore. Originally, this period was thirty days and was known as a “trentine”  and it is attested in a document from 1377, but this was extended to forty days to allow more time for symptoms to develop. This practice was first implemented by the Venetians controlling the movement of ships into the city of Dubrovnik, which is now part of Croatia but was then under Venetian sovereignty. We now use the word “quarantine” to refer to the practice of restricting the movements, for a period of time, of people or animals who seem healthy, but who might have been exposed to a harmful disease that could spread to others.