Delving into its Historical Mystery- part 1

written by Chandrika R Krishnan January 2, 2022
Etymology is the study of word origins. It is an interesting discipline that brings to you some incredible facts about where and how the word/ words came into being. 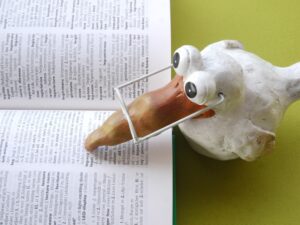 Every Sunday, I will bring you two such words/phrases/idioms. I also would be adding my own observations. Would love to hear from you all regarding suggestions/ contributions or for praise or brickbats:)
Let one’s hair down.
The meaning of it is to relax or to behave in an uninhibited manner.
This phrase was first referred to in John Cotgrave’s, The English Treasury of Wit and Language published in 1655. During the 17th century, women were expected to wear elegant hair-dos that were normally pinned up. Our yesteryear’s heroines from Bollywood too emulated that style. It was only during brushing or washing that their hair was let down.
Today, the term disheveled refers to someone who is untidy, however back then it applied specifically to hair that was unpinned.
Thank God for small mercies otherwise, the entire womenkind from ages three to sixty would be considered disheveled in today’s world! Maybe, a few men too:)
The second word for the day is Quiz
The veracity of the story behind the origins of the word “quiz” cannot be proved but the legend goes that a Dublin theatre-owner made a bet that he could introduce a new word into the English language within a day or two and that the people of Dublin would make up the meaning of the word themselves.
So he wrote the nonsense word “quiz” on some pieces of paper and got a gang of street urchins to write it on walls across Dublin. The next day everyone was talking about it, and it wasn’t long before it became incorporated into everyday language, meaning a sort of “test”, because this is what the people thought the mysterious word was supposed to be.
The other version recorded in Gleanings and Reminiscences by F.T. Porter (written in 1875), the tale unfolded in 1791 and appears far from convincing. The word “quiz” was used to refer to someone who is eccentric or odd (hence the word “quizzical”); it was also the name of a yo-yo-like toy popular in 1790.
Whatever be the origin makes for some interesting living-room and discussion on social media.
Hope you enjoyed this. Do drop a line on any suggestions or contributions and do subscribe to my blog.
Source credit: Oxford Royale and Grammarist.
Photo Credit:  Pixaby:
MonikaP

I Will be There for You- Flash Fiction