Delving into the Historical Mystery- Part XIV. An etymological study

The term “Etymology” is the study of the origin of words.  The practice of etymology is uncovering the truth by tracing the root of a word. After a series of more serious words; let us delve into the origin of phrases that would make us have an ‘Ah..ah’ moment.

The meaning of the phrase is to accept something difficult or unpleasant. 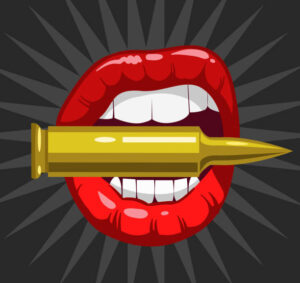 How then did this original expression originate?

In the olden days, when doctors were short on anesthesia or the busy time during a battle, they would ask the patient to bite down on a bullet to distract from the pain. The first recorded use of the phrase was in 1891 in Rudyard Kipling’s work, ‘The Light that Failed.’

There is also another theory to the expression. It stems from the Indian Rebellion of 1857. The powder cartridge used for the rifles had a paper cartridge that needed to be bitten off by the soldier before they loaded it into their gun. When native Indian troops of Muslims and Hindus heard that the cartridges and bullets were greased with pork and beef fat, they refused to fight because it is against their religion to ingest pork fat or cow fat based on their respective beliefs. Therefore if they “bit the bullet” they would be doing something they weren’t comfortable with.

Unfortunately, we are often forced to do something unpleasant like facing a traffic jam at the silk board junction or Bellary road.  The only difference is we have replaced the original idiom with a colourful phrase,  ‘We have to suck it up!”

Moving on, Nelson and his eyes played an important role in the origin of the two expressions. We either turned ‘a blind eye’ also known as ‘Nelson eye.’  The other being, ” Until Nelson gets his eye back”

What is turning a blind eye?  It means to know something is true but refuse to acknowledge it 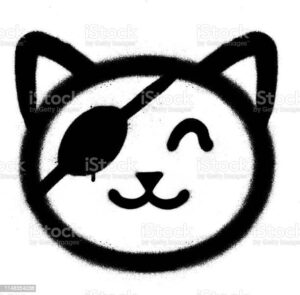 graffiti cat with one eye sprayed in black over white

How did this phrase originate?

April 2nd marks the most famous act of insubordination in British naval history. It was on this day in 1801, Horatio Nelson, a skilled British maritime officer,  put a telescope to his blind eye and said, “I really do not see the signal” and disregarded the order from his commanding admiral, Sir Hyde Parker.  The admiral wanted Nelson to withdraw from the Battle of Copenhagen and he tried to communicate it with flags.  Thankfully, Nelson went on to win the war.

Another version is that this phrase is shortening of the phrase to turn a deaf ear and a blind eye. It was first recorded in A Discourse of Walking by Faith, in 1698 by the philosopher and Church of England clergyman John Norris.

Continuing with our own discourse on the eye, there is another expression: ‘Until Nelson gets his eye back!’

As the British naval commander Horatio Nelson (1758-1805) was blinded in one eye during the siege of Calvi, Corsica, in 1794;  the British and Irish use the above phrase to denote something that will not happen for a long time or something that might never happen.

‘until Nelson gets his eye back’: meaning and origin

What Does the Saying “Bite the Bullet” Really Mean?