written by Chandrika R Krishnan May 15, 2022
The term “Etymology” is the study of the origin of words.  The practice of etymology is uncovering the truth by tracing the root of a word.  This week we deal with the word moral turpitude.
Natasha Sequeira’s, a Fb friend and a fellow movie buff,  recently drew my attention to a movie,  Our Father on Netflix.  She wrote that it was one more example of what monstrosity humans are capable of.  She asked in her post, “what if you were told that the capable doctor who did your pap smear was in fact your father? Or the fact that the doctor delivering your baby is actually your dad?” It does make one’s skin crawl.
In her review she wrote, Meet Donald Cline, a renowned doctor and fertility expert in the 1970s, who impregnated till date 94 ( and counting) women with his sperm. The women were under the impression that the sperm was either their own husband’s or a young, capable donor.  It all comes to a head when a  curious Jacoba takes an at-home DNA test and finds out that she has half-siblings scattered all around the place she lives. Talk about playing God! DR. Cline was the devil himself.
The movie is supposed to be based on true events that took place in Indianapolis.
As soon as I read the review, I realized that a majority of movies and shows that are aired on OTT platform reflect the sheer depravity, abjection, degeneration, perversion, degradation, corruption, and the list goes on.  Even the real-life murders that are brought to light through the various media platforms show that human beings are becoming baser than ever before. So, the word for this week’s column is Turpitude (TER-puh-tood).
The legend goes that  Pandora was given a box with strict instructions that she is not to open it. Pandora’s curiosity soon got the better of her, and she opened the box.    Hence, there is no dearth of evil thoughts in the world. 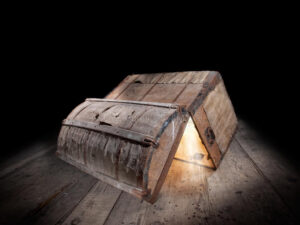 The word turpitude has its root from French(French turpitude, from Latin turpitudinem,  or from  Latin turpis, meaning “vile” or “base.”The word is often heard in the phrase ” moral turpitude,” an expression used in law to designate an act or behavior that gravely violates the sentiment or accepted standard of the community.  The word is supposed to have been in existence since the 15th century.

If you have watched the movie, Our Father and feel low, do watch Hachi- A Dog’s Tale or feel-good movies like Miracles from Heaven, and you would see the goodness and the goodwill of the people and animals around you.

An Ode to a Mother – poem