Etymology is the study of the origin of words. Taking the weekly column forward we delve into the etymology of two Nations – Russia and Ukraine

While the world’s eyes are on the two nations and pray for peace…  How did Russia and Ukraine derive their name? 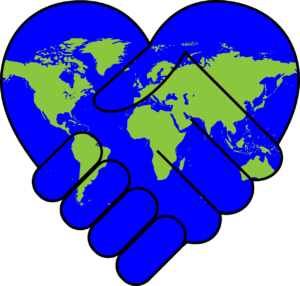 Modern Russia derives its name from the ‘ Rus’, who were the ancestors of Russia, Ukraine, and Belarus.

The Byzantine emperor Constantine VII was the first to refer to the land of Slavic tribes as “Rusia” (with one “s”) in the 10th century. The typical Greek/Latin suffix “ia” anchors something or someone to the land, so “Russ-ia” meant “the land of Rus.” The most interesting of it all is that to this day, no one knows for sure what the hell “Russ” actually means, though a few sources believe that it came comes from an Old Norse word for ‘the men who row.’ With sources from that period being limited, it is not possible to state anything with certainty but it is commonly believed that the Vikings rowed from Sweden to the now-Russian territories and down the rivers all the way to Ukraine.

According to this train of thought, “Rus” originates from the Scandinavian languages and reflects the belief that the first rulers of ancient Russia were actually Vikings, or “Varangians.”

If this version is true, “Rus” is just another term for “Sweden/Swedish,” like the Normans or Vikings were once referred to. “Rus” was used by foreigners to describe Slavic tribes ruled by the Vikings, and it stuck. “Rus” is close to today’s Ruotsi – which means “Sweden” in Finnish.  Moving on to Ukraine.

Most historians and linguists agree that the name Ukraine comes from the Slavic ukraina, meaning “borderlands.” Since many countries whose names derive from a geographical feature or factor have a definite article like “the Philippines” referring to the Philippine Islands, “the Netherlands” meaning “the lowlands”—the Ukraine makes sense in terms of “the borderlands.”

But like most things of historical perspective, there’s some uncertainty about the etymology of Ukraine, though. A few modern Ukrainian historians trace it to the same root word, but with multiple possibilities- “homeland,” “country,”  “land,” “separated piece of land” or “separated part of the tribe,” depending on the perception.  The “borderlands” etymology appears to have the most historical support, but if that meaning doesn’t hold up, then the logic for the definite article likewise falls apart.

Since Ukraine gained independence from the Soviet Union in 1991,  the use of the definite article before its name has declined steadily, mainly because the Ukrainian government expressed its preference for dropping it.

Those who called it “the Ukraine” in English must have known that the word meant “borderland”, believes  Anatoly Liberman, a professor at the University of Minnesota with a specialism in etymology. So they referred to it as “the borderland”.

It is believed that Ukrainians prefer being called simply Ukraine and dropped the definite article ‘the’ before it, though there is some confusion about it in its usage.

Here’s Why Russia Is Called Russia