Delving into the Historical Mystery- Part XIII- An etymological study

The term “Etymology” is the study of the origin of words.  The practice of etymology is uncovering the truth by tracing the root of a word. Today, we delve into two words- Whataboutery and Propaganda. Both words are very much prevalent in almost every country across the globe as it becomes the thumb of the rule of almost all politicians.

Whataboutism is a portmanteau word of what and about. It is synonymous with whataboutery.

According to the Merriam-Webster dictionary, the definition of whataboutery is the act or practice of responding to an accusation of wrongdoing by claiming that an offense committed by another is similar or worse- making a counter-accusation.  It refers to the way in which counter-accusations may take the form of questions introduced by What about —?. 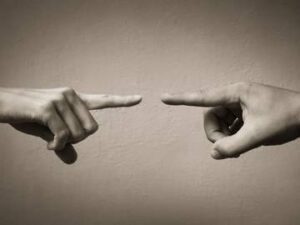 The term whataboutery was coined on  30th January 1974. The Irish Times published a letter titled The Irish moral problem. Sean O’Conaill coined the plural noun Whatabouts and wrote about the moral confusion that the Provisional IRA’s violence had created among the Irish people. He made countercharges in the form of questions introduced by What about —?:

Three days later, on 2nd February 1974, in the same newspaper, journalist John Healy coined whataboutery with reference to Sean O’Conaill’s letter in his column Inside Politics.  It made its way into the dictionary in 1978.

The tactic behind whataboutism has been around for a long time. Rhetoricians generally consider it to be taken from the Latin word tu quoque, which means “you too” charging your accuser with whatever it is you’ve just been accused of rather than refuting the truth of the accusation made against you. It really does not matter if the original accuser is likewise guilty.  We too may be guilty of using this technique when we want to get away from uncomfortable questions or situations but then our politicians ace this technique!

Now, moving onto the next word for the week:

Propaganda comes from the Latin propagare, meaning to spread or propagate. According to its definition, it is the ‘dissemination of information—facts, arguments, rumours, half-truths, or lies—to influence public opinion.’

The fact that wars give rise to intensive propaganda campaigns has made many people suppose that propaganda is something new and modern. The word itself came into common use in 1914, when World War I began but the known use of the word was 1668. The battle for men’s minds is as old as human history.

In Athens,  the Greeks who made up the citizen class were conscious of their interests as a group and were well informed on the problems and affairs of the city-state to which they belonged.  The strong-minded Athenians, used games, the theater, the assembly, the law courts, and religious festivals, and these gave an opportunity for propagandizing ideas and beliefs.

The term “propaganda” apparently first came into common use in Europe as a result of the missionary activities of the Catholic church. In 1622 Pope Gregory XV created in Rome the Congregation for the Propagation of the Faith.  A College of Propaganda was set up under Pope Urban VIII to train priests for the missions.

In its origins “propaganda” is an ancient and honorable word and religious activities got the respectful attention of mankind. It was in later times that the word came to have a selfish, dishonest, or subversive association.

Deliberateness and a relatively heavy emphasis on manipulation distinguish propaganda from casual conversation or the free and easy exchange of ideas. Propagandists have a specified goal or set of goals. To achieve these, they deliberately select facts, arguments, and displays of symbols and present them in ways they think will have the most effect.

Another term related to propaganda is psychological warfare (sometimes abbreviated to psychwar), which is the prewar or wartime use of propaganda directed to confuse or demoralize enemy populations or troops, putting them off guard in the face of coming attacks, or inducing them to surrender.

We human race are wonderful creatures of inventions, skewed or otherwise!

Au Revoir till next week.

the coinage of an Irish political term: ‘whataboutery’